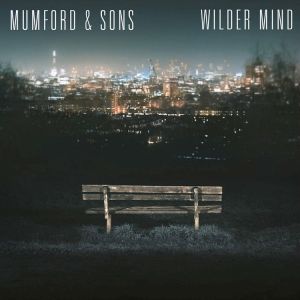 But has the self-imposed banjo ban killed the band’s success?

It’s been three years since the band’s last album, ‘Babel’ which toured widely – peaking at number one in the UK and US. ‘Babel’ was also the fastest selling rock album of the decade, winning a Grammy for Album Of The Year from a total eight nominations. No pressure then.

In a recent interview with Rolling Stone, frontman Marcus admitted “We felt that doing the same thing, or the same instrumentation again, just wasn’t for us.” Bassist Ted Dwayne added: “We’ve got a broader taste in music than just that. None of us had really any interest in doing a sort of Babel 2. It was always going to be different.”

And whilst the sound is refreshingly different, there’s something reassuringly familar.

Lead single ‘Believe’ is a great example- with banjos traded in for Coldplay-style guitars and synths – Mumford’s instantly recognisable vocals lament a broken relationship, culminating in a gorgeous crescendo of harmonies and power chords:

“Say something, say something
Something like you love me
Less you want to move away
From the noise of this place”

‘The Wolf’ is another instant winner. Evoking Snow Patrol’s ‘Spitting Games’ it rumbles along loudly at a heavy pace with guitars and howling vocals.

“Better keep the wolf back from the door.

He wanders ever closer every night.

And how he waits, baying for blood.

I promised you everything would be fine.”

This is an album for listening to on a long road trip. It’s great to hear the band let loose on a proper drum kit accompanied by driving electric bass & guitars. Try your best not to put your foot down with ‘Only Love’ playing. And yet with this the trademark Mumford & Sons harmonies and songwriting shine through.

Elsewhere there is a remarkable restraint shown, with songs remiscent of Dire Straits (‘Snake Eyes’) and Fleetwood Mac (‘Wilder Mind’). At times, however, the understated production is a little overused, and some potentially strong tracks (‘Hot Gates’, ‘Cold Arms’) struggle to make a mark.

With their third album, Mumford and Sons have managed to accomplish that rarest of things- a reinvention of their sound whilst retaining the essence of what makes them such a special band.

If you don’t buy the album, download. ‘Believe’, ‘The Wolf’ and ‘Wilder Mind’.